In the 1670s, the growing population, size and power of the English colonies in present day New York and New England posed a growing threat to the First Nations who lived around them. To their east and south, the Wampanoag, Nipmuc and Narragansett struggled to keep the peace with the foreign settlers, while still preventing the wholesale annexation their homelands. To their north, the Abenaki, Mi’kmaq, Passamaquoddy, Penobscot and Maliseet aligned themselves with the Acadians; French settlers in Atlantic Canada. The tensions between the settlers and the Wampanoag exploded into war in 1675, when the English arrested and hung three Wampanoag men over the alleged murder of an Indigenous Christian convert. These deaths provoked a war with a coalition of nations, led by the Wampanoag chief Metacomet. Though the Narragansetts, led by Canonchet, tried to stay neutral in the growing conflict, the New Englanders were convinced they would join with the Chief they called King Philip and attacked them.

As chaos unfolded to their south, the Mi’kmaq, Maliseet, Abenaki, Penobscot and Passamaquoddy saw an opportunity to stop the creeping English expansion into present day Maine. By strengthening older economic, military and kinship ties between them, the nations created the Wabanaki Confederacy. Supported by French colonial officials and Acadian settlers, Wabanaki warriors raided English communities along the frontier. With no regular troops to guard against attack, English American settlers like Benjamin Church took up arms to defend themselves. Church also enlisted the help of Pequot warriors to train his men to fight as the First Nations did. These new type of soldiers, called Rangers, would rely on guerrilla tactics instead of massed volleys of gunfire. Rangers launched amphibious raids into the Wabanaki nations’ territories and devastated Metacomet’s followers. By 1676, the English were able to convince the Mohegan nation to join their side, as well as forging an alliance with the Mohawks. 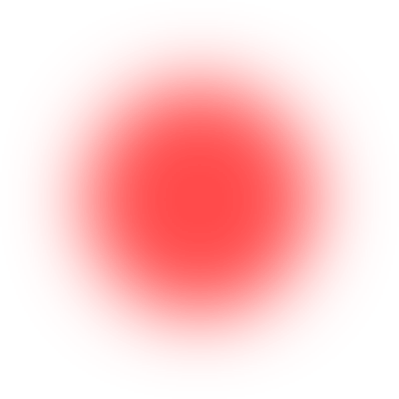 A formal Union of all English colonies north of New York, the Confederation was born out of longstanding pacts created in wars against the First Nations. Though it possessed no formal military, New England had a large militia and several units of Rangers, expert guerrilla fighters trained to fight Indigenous warriors.

An impromptu coalition originally formed by the Wampanoag and Nipmuc, it grew to include the Podunk, and Nashaway. The previously neutral Narraganset also joined Metacomet’s alliance, following unprovoked the attack on their stronghold at present day South Kingstown, Rhode Island.

After years of loose alliances against the Iroquois and the English colonists, the five nations of Wabanaki formed a more permanent alliance in 1676. The alliance, composed of the Mi’kmaq, Maliseet, Abenaki, Passamaquoddy, and Penobscot, waged their own war on New England during the height of Metacomet’s resistance. Using it as a pretext to push back the frontier in present day Maine. 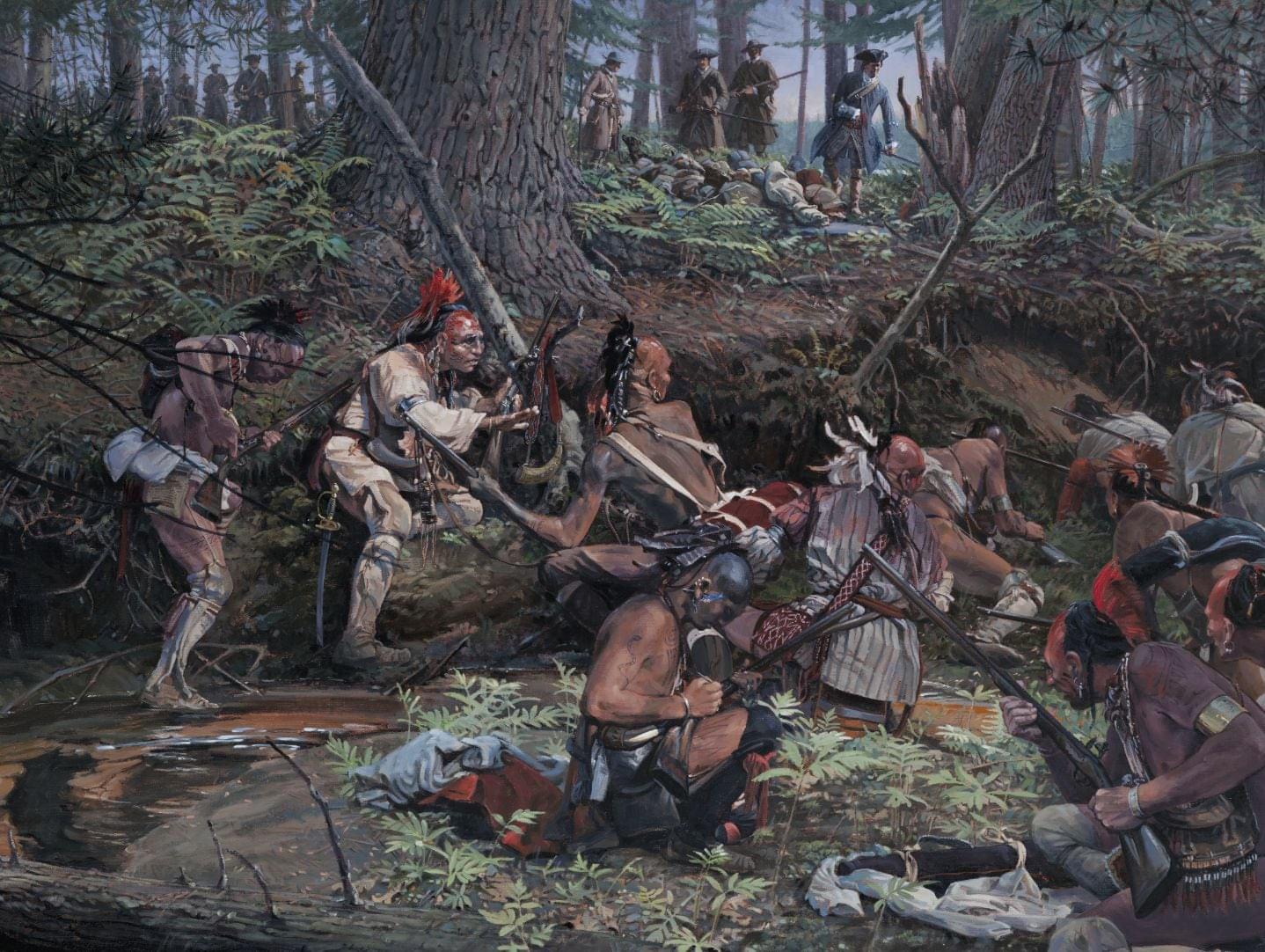 In the winter of 1675, New England Governor Josiah Winslow and Mohegan Chief Uncas led 1150 militia and warriors to attack the main Narragansett community in present day South Kingstown, Rhode Island. Though the Narragansetts led by Chief Canonchet had remained neutral, New England’s paranoia fears that they would join Metacomet, compelled Winslow to launch a pre-emptive strike. The community had only partially completed a wooden palisade to defend their community when the attack came and many of the 1000 people inside the walls were women, children and elderly. The New England forces were well armed and determined to root their enemy out, launching a bloody assault which overwhelmed the Narragansett defences. Hundreds of people died as the New Englanders and Mohegans stormed the town, many others perished as Canonchet led the survivors through the frozen marshlands which surrounded their home. Though the surviving Narragansetts raided English settlements in response to their defeat, Canonchet’s people were so gravely weakened that they could provide only limited support to Metacomet. Canonchet himself would be captured and killed by the Mohegans not long after the battle.

By 1676, costly battles and New England Rangers steadily wore down Metacomet’s resistance. That winter, he attempted to make an alliance with the Mohawks. However New York’s Governor, Edmund Andros, had beaten him to it. Mohawk warriors descended on Metacomet’s camp, then chased the survivors from their territory.

Caught between the Mohawks and the New Englanders, Metacomet was eventually cornered and killed at the Battle of Mount Hope. With his death, the war in the south was all but over.

Though the New England colonies had emerged victorious, they had lost 10 percent of their 80,000 pre-war population and were forced to abandon many of their settlements. It was the nations of the Wabanaki Confederacy who emerged the real winners of King Philip’s War. United by adversity and a common enemy, the Wabanaki Confederacy would change the balance of power region.

Born to the famed Wampanoag Chief Massaisoit, Metacomet came to power in an era of chaos and conflict. Metacomet favoured a guerrilla strategy which targeted English settlements to terrify them into peace. Unfortunately his desire for Indigenous unity made him vulnerable to a Mohawk surprise attack.

One of the most influential military leaders in North American history, it was Church who introduced the concept of ‘Ranging’ to British Americans by recruiting Pequot warriors to teach his men the secrets of the Indigenous warfare. His Rangers proved so successful that they it was his unit who finally cornered and killed Chief Metacomet at Mount Hope, Rhode Island. 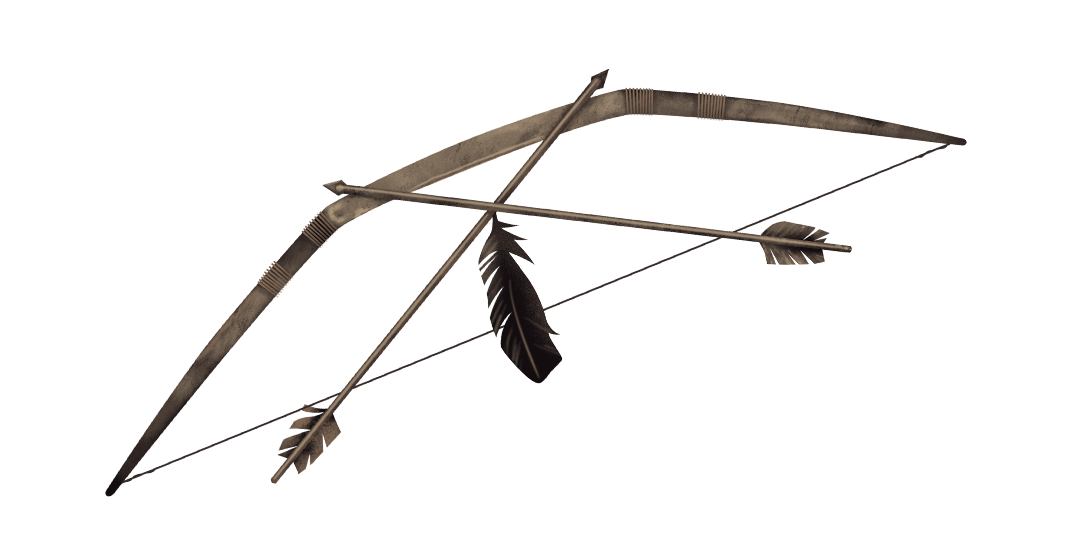 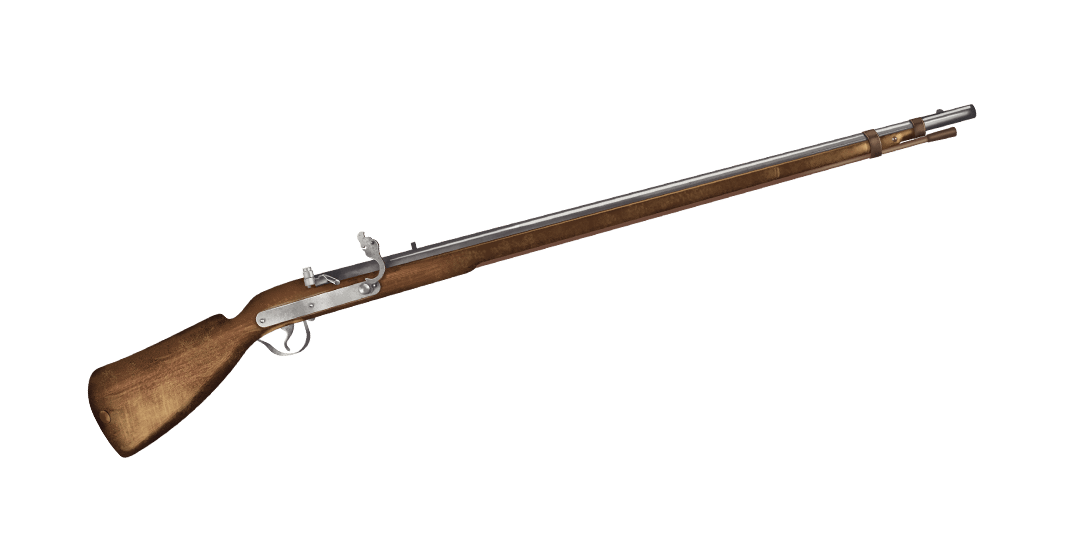 During the height of King Philip’s War, it was the matchlock’s firepower which prevented New England’s destruction. 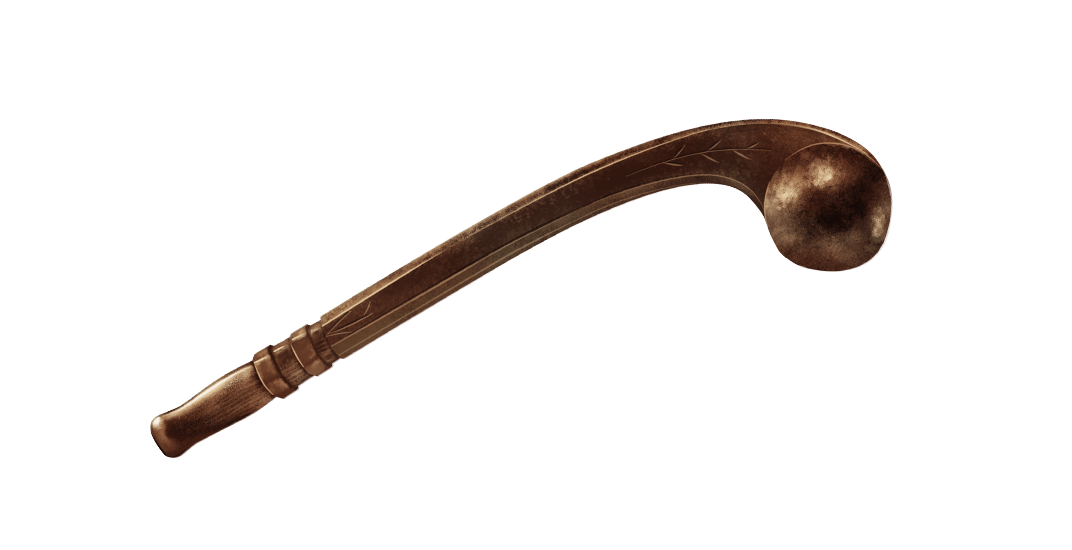 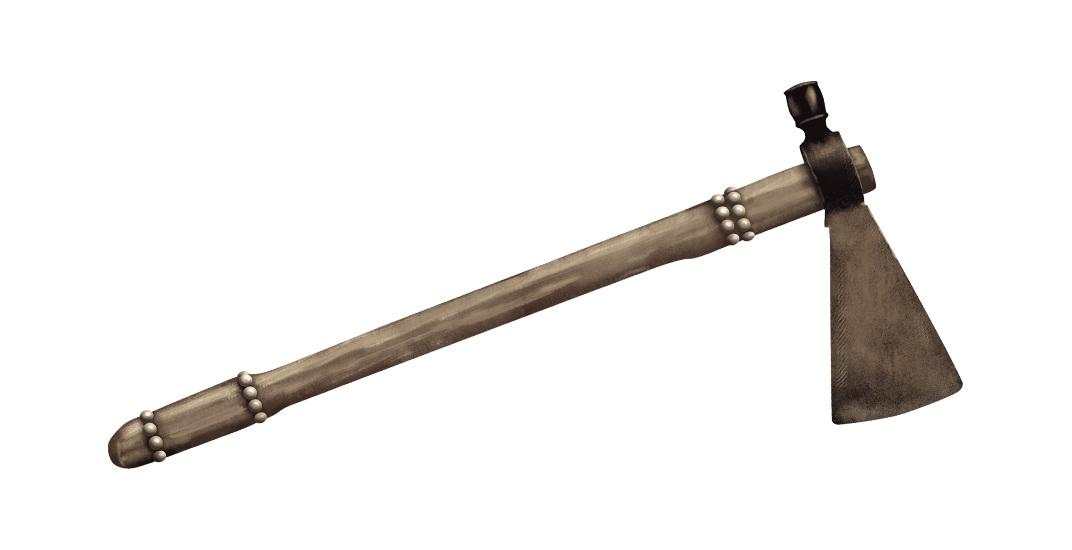 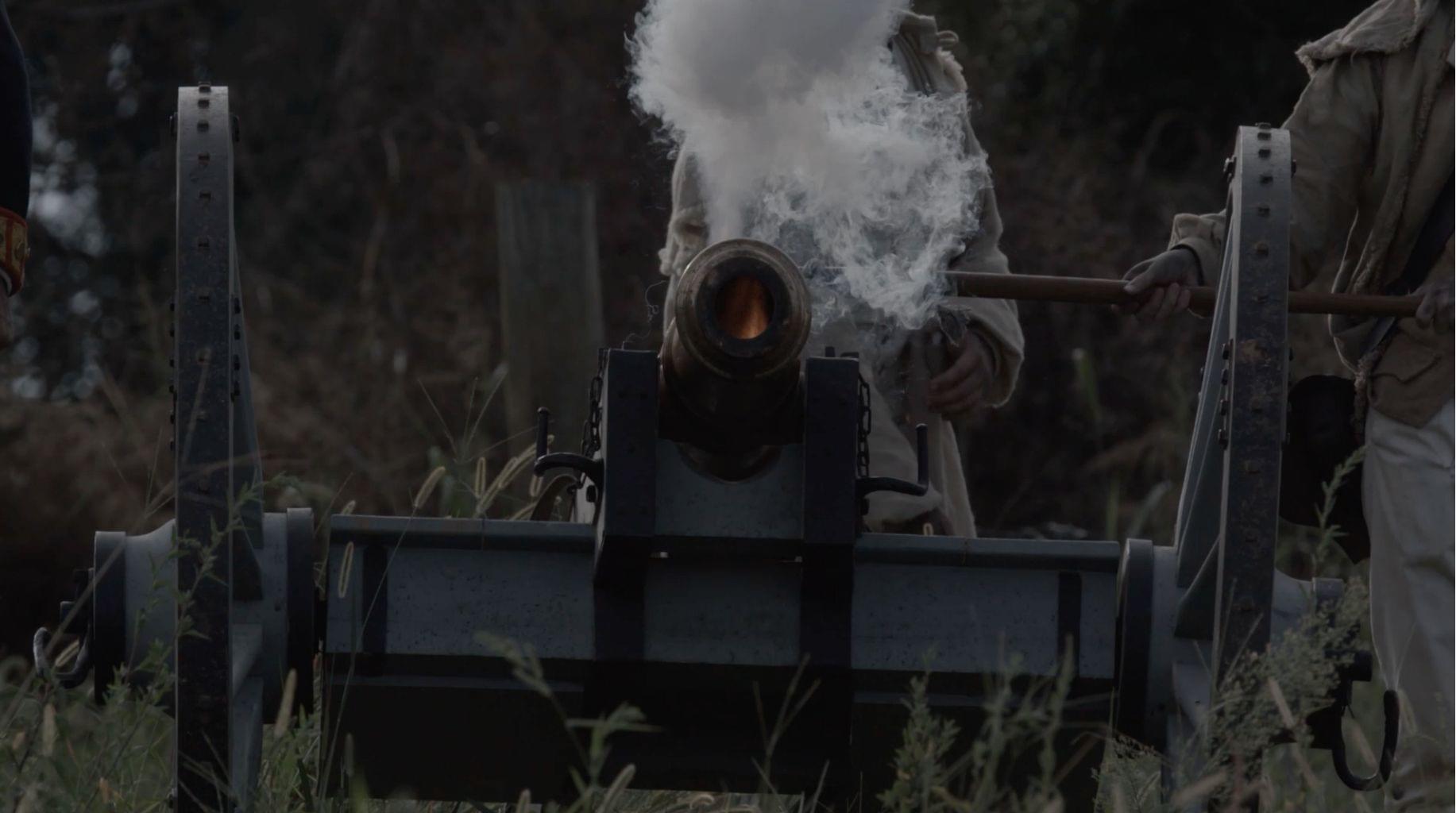 Discover the next conflict
The Seven Years War